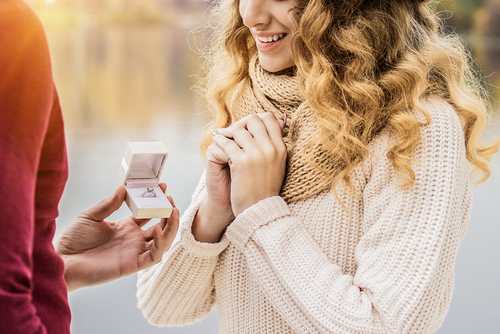 Famous Black Diamonds In The World

Black diamonds are very rare stones. Their beauty and charisma are in par with that of the other diamonds. A few among these black stones became known across the countries for their properties or stories. Let’s discuss about these famous stones and why they are known for-

It was a huge diamond when it was mined. Later, it was cut from 55.85 carats to 33.74 carats to enhance its shine, fire, and brilliance. It was dug out from the earth in 1972, after which it was cut and worn as a pendant along with fifteen other small diamonds due to its porous and hard structure. It got its name from the place it was cut in, and was agreed by many, as Amsterdam is also known as the city of diamonds. The polisher who cut the black diamond named it the black Amsterdam diamond as it was the 700th year anniversary of the city.

This is, so far, the fifth biggest diamond in the world. It weighed a humongous 587 carat when it was mined from the country of South Africa. The news about the big rough diamond reached the ears of the wealthy and diamond cutters who saw it as an opportunity to showcase their talents and engrave their names in its history. But the honor of cutting the stone was given to the extremely skilled craftsmen of Grisogona. The techniques they used to polish the diamond were the same as that used for “Indian stones of the Mughals”. The diamond weighed 312.24 carats after Grisgona was done with it. They put the black diamond on a ring with seven hundred and two other diamonds of 36.69 carats.

This black beauty gets its name from a Rembrandt specialist named Gerry Schwartz who introduced the sparkling black diamond to the world in Rijksmuseum. Cut from the extremely hard stone which weighed 125 carats, it was reduced to 42.27 carats after three years and three days. The diamond is now a pendant along with many small white brilliantly cut diamonds. It is now displayed in the Diamond Museum Amsterdam.

These are some of the famous black diamonds in the world. If you are looking for affordable diamond rings, you might want to consider black engagement rings. Wearing a black ring will definitely help you stand out.