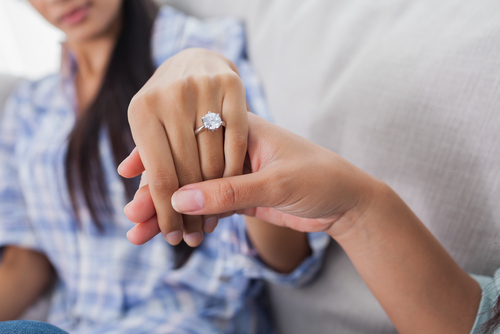 Interesting Stats on Engagement Ring for 2019

Finding your beloved’s dream ring is supposed to be hard, or you miss out on the most fun parts of the whole thing. Once you are completely sure that you have found what you were looking for, the next step is making sure it suits her in the all the best ways. That part of things is invariably harder, but then as they say, “no pain no gain”. A lot of the time, it helps if you know some of the prevalent statistics about engagement ring styles and gemstones in general. Below are some facts and stats you can benefit from knowing.

The total average budget for engagement rings in 2018 was about $7,400. 24% of the surveyed 10,000 people said they set high budgets to cover their engagement ring purchase. On the other hand, about 54.8% of people set a medium budget for the engagement ring, while just 21.8% set a low one. The data is by no means conclusive, but it does give a good idea of how important people thought expense was when it came to buying and engagement ring in the first place.

People were also asked about whether they went into debt from buying their ring, and gave answers that netted the following stats. The amount of debt represented here could not be regarded as actual, but again, this gives a fair idea for a new buyer to go by.